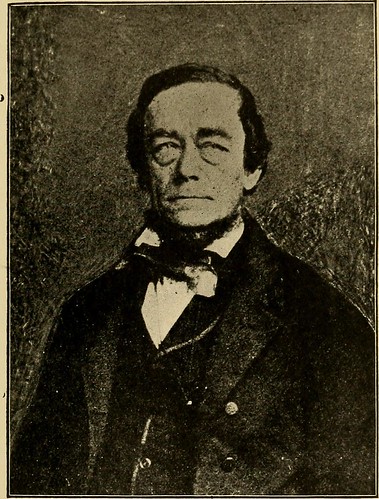 Text Appearing Before Image:
d with oak, maple and willow,The sweet Wissahickon, the gem of the vale. We retrace to Bockius Lane, now known as ManheimStreet, and so named by Jacque Marie Roset, in honor of aGerman town whose inhabitants he admired. Roset wasfond of flowers and had a fine garden in which dahlias pre-dominated. Townsend Ward states that when FannyKemble passed Rosets home upon her usual morning ride,the gallant old gentlemen always had a bouquet in waitingfor her. Both Fanny Kemble and her daughter, Mrs. OwenJ. Wister, were fond of saddle riding, and their usual routeto Wissahickon,—a place they loved,^was by Duys Lane,Manheim Street, and Wissahickon Avenue. Once, whilepassing out Manheim Street, Fanny Kembles horse becamefrightened, when she was thrown, painfully hurt, and wastaken to L. C. Baumanns residence until she had sufficientlyrecovered to proceed. Roset died in the year 1844, and wasburied in Trinity Lutheran grounds, where in after years,was laid his friend and neighbor Martin Baumann.

Text Appearing After Image:
Frederick Fleckenstine 65 At northwest corner of Manheim Street and GreenLane,—so named because of its rows of trees,—but nowGreene Street, was an impressive grove of trees covering thespacious grounds of Joseph G. Rosengarten, public-spiritedcitizen, writer, now President of the Free Library of Philadel-phia, whose gardener for many years was Michael Shaugh-nessey. The grounds are now entirely built over, as are alsothose of White Cottage, the estate of Dr. Samuel Betton,adjoining, after, of Dr. Thomas Forrest Betton, the lastgardener at the place-being William Kulp. White Cottagewas known for its superior vegetables, fruits and for itsconspicuous, beautiful ampelopsis covered trees. To thisplace, Samuel Constantine Rafinesque, one of the mosteccentric, but also one of the ablest of writers upon AmericasNatural History, was a frequent visitor. Near, on PulaskiAvenue, were the superior gardens of Frederick Gutekunst,Samuel Holt, Captain Pinckney, Mrs. Henry W. McCall—now Stewart

Image from page 492 of “The English flower garden and home grounds : design and arrangement shown by existing examples of gardens in Great Britain and Ireland, followed by a description of the plants, shrubs and trees for the open-air garden and their cul