Home » Gardening » Image from page 344 of “Garden and forest; a journal of horticulture, landscape art and forestry” (1888)

Image from page 344 of “Garden and forest; a journal of horticulture, landscape art and forestry” (1888)

Posted by: Pro Gardener in Gardening May 9, 2019 Comments Off on Image from page 344 of “Garden and forest; a journal of horticulture, landscape art and forestry” (1888) 67 Views 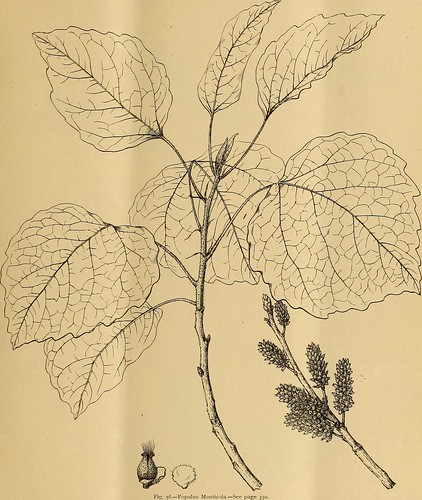 Text Appearing Before Image:
limited quantity by any animal,as a flavoring ; an alfilerilla pasture once overrun with themusky species ceases to have much value ; and in heavy, rich July 15, 1891.] garden and Forest. 329 soils the more valuable kind is often completely run outby the other. In light, sandy soils the E. cicutarium is morelikely to hold its own. Its long, red tap-root will then descendlor moisture to the depth of several feet, and its leaves willkeep green when everything else that is of value as forage isdried up. The rosettes formed by its radical leaves lie closeto the ground in winter, and resist even heavy frosts without of south California its spread is sometimes arrested by thered ant, which gathers the seeds in its burrows, leaving con-spicuous piles of the awns outside, around its hills. Oxalis corniculata is locally a very persistent weed, resistingthe summers drought to an extraordinary degree ; but it is notgenerally distributed, though more common in southern thanin northern California.

Text Appearing After Image:
injury. Both plants are regarded as marks of a rich soil ; andin such soils the task of keeping them in check is indeed aserious one, for the seeds will continue to germinate in thedriest and hottest times of midsummer, after the land is laidby; and the costly operation of hoeing alone can master itat that season. The propagation of the alfilerilla as a pastureplant is rendered difficult by the nature of the seeds, with theirlong, spirally coiled awns (styles) ; and in certain sandy soils nticola.—See page 330. The western Poison Oak, or jSumac {Rhus diversiloba),is a very persistent invader of pastures on which it formedpart of the original growth, and keeps sprouting up fromfragments of root-stocks remaining alive in the soil for years.In company with the Brake Fern (Pteris aquilina) it is usuallythe last of the native vegetation to be subdued by cultivation, bothin the Coast range and in the foot-hills of the Sierra Nevada. University of California. E. W. Hilgard. 330 garden and

Image from page 823 of “The English flower garden and home grounds : design and arrangement shown by existing examples of gardens in Great Britain and Ireland, followed by a description of the plants, shrubs and trees for the open-air garden and their cul

3 Gardening Books by Simon and Schuster encyclopedia of practical