Home » Gardening » Image from page 361 of “The Garden : an illustrated weekly journal of gardening in all its branches” (1871)

Image from page 361 of “The Garden : an illustrated weekly journal of gardening in all its branches” (1871)

Posted by: Pro Gardener in Gardening December 29, 2018 Comments Off on Image from page 361 of “The Garden : an illustrated weekly journal of gardening in all its branches” (1871) 207 Views 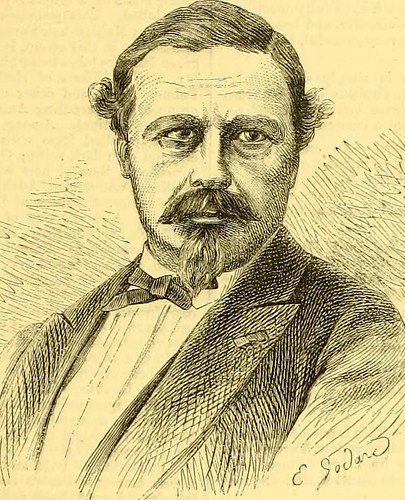 garden : an illustrated weekly journal of gardening in all its branches" (1871)">

Text Appearing Before Image:
y to offer. According to Mr. Thomas Laslett,timber inspector to the British Admiralty, the specific gravity ofAmerican Ash is 480, while that of the European is 736. The formeris, therefore, on account of its greater lightness, far more valuablefor the handles of shovels, spades, hoes, rakes, and other hand im.plements. According to the United States census of 1870, thenumber of spades, shovels, rakes, hoes, and hay.forks made in thatyear was 8,347,478, and as our exportation of such implements israpidly increasing, although still in its infancy, it is evident that thevalue of Ash will be greatly enhanced at no distant day. It is alsoused in making ships blocks, in turnery, and for making the oars ofboats. In speaking of the White Ash, Laslett says ; * It stands wellafter seasoning, and hence we get from this tree the beat material for * A Pew SuKgeationa on Tree Planting. By 0. S. Sargent, Director ofthe Botanic garden and Arboretum at Harvard University. Boston : Wright& Potter.

Text Appearing After Image:
oara for boats that can be produced. They are much and eagerlysought after by foreign governments as well as oar own, and aso bythe great private steamship companies and the mercantile marineof this country ; consequently there is often a very keen competitionfor tbo possession of them. The manufactory of oars (surely a sea.board industry), in puisuit of material, moved from Massachusettsfirst to Maine, and then to Ohio and other Western States. Ash iscoming into extensive use for expensive furniture and for the interiorfinish of houses, while an immense number of the young saplingsare annually consumed in the coopers trade. Its value for firewood,according to Bull, is 77, the standard (Hickory) being 100, while onlyfour other American woods are its superior in heat-giving qualities.In view of its many uses for purposes for which no other wood cansupply its place, it is not astonishing that the value of Ash lumberhas largely increased of late years. The present price in the Bostonmark