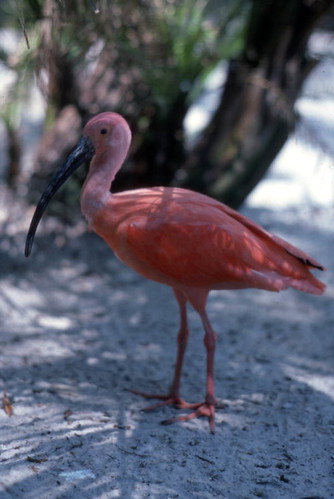 General Note: The Gardens began in 1903, when plumber and avid gardener George Turner Sr. purchased the six acres that would become a world famous botanical attraction. He drained a shallow lake 10 feet (3.0 m) below sea level to create his "sunken" garden. By the 1920s, Turner was charging a nickel for tours. The Gardens eventually became widely popular, and from the 1950s through the 1970s were ranked among Florida’s top ten commercial attractions. The City of St. Petersburg purchased Sunken Gardens in 1999 with funds from a voter-approved tax. The Gardens included the Sanitary Public Market. Designed by architect Albert Lee Hawes and constructed in 1926 it became the Coca Cola Bottling Company plant in the 1940s. The Turner family purchased the building in 1967 to create the World’s Largest Gift Shop and the King of Kings Wax Museum. It was closed in 1995 and after restoration by the City of St. Petersburg was added to the National Register of Historic Places in on June 27, 2002.

Image from page 121 of “Popular gardening and fruit growing; An illustrated periodical devoted to horticulture in all its branches” (1885)