Home » Gardening » View of a walk at the US Botanic Garden

View of a walk at the US Botanic Garden

Posted by: Pro Gardener in Gardening March 3, 2017 Comments Off on View of a walk at the US Botanic Garden 258 Views 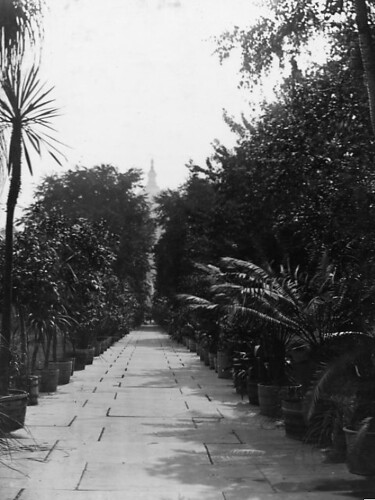 The Columbian Institute for the Promotion of Arts and Sciences in Washington, DC first suggested the creation of the US Botanic garden in 1816. By an act of Congress, it was 1820 and given land west of the US Capitol extending from First Street to Third Street between Pennsylvania and Maryland Avenues. The facility ceased to operate 1837 when the society stopped holding meetings. However it was re-instituted in 1842 when the Wilkes expedition of the South Seas brought back a collection of plants. A new greenhouse was constructed in 1850 and moved to its present location on Independence Avenue between First and Third Streets in 1933.

View of a walk at the US Botanic garden looking at the US Capitol dome.